Lemon Law in the State of Tennessee

This article only applies to Tennessee’s Lemon Law. Every state has its own version of the Lemon Law, so please don’t assume that something that you have read or heard will apply in Tennessee.

The first and often the most important point is that in Tennessee the Lemon Law only applies to the purchase or lease of a new vehicle. There is no lemon law in Tennessee for used cars. There may be rare times when a question arises as to whether a particular car was new or used at the time of the purchase in question, but most of the time that is an easy question, and the answer is obvious.

The next most common variable after that is whether the car was purchased or leased for personal use or business use. Tennessee’s Lemon Law only applies to personal vehicles; basically passenger cars, light trucks, and normal SUVs. The law does not apply to larger trucks or to any vehicles that were purchased for business use, or which have subsequently been used for business purposes.

This is not to say that there are no remedies for problems that arise with used cars or other vehicles that do not qualify for protection under the Lemon Law. Any warranty still applies, and there are several other statutory and common law remedies that may apply. The Lemon Law simply offers a streamlined procedure which can lead to a better result at less cost to the consumer. Even when the Lemon Law does apply, there is no guarantee that it will help, but it often does improve your odds.

In a nutshell, under Tennessee law, a vehicle that fits the descriptions noted above is considered to be a “lemon” if it has manufacturing defects that appear and are reported to the manufacturer or its dealership during the first year following the date of purchase (or lease), and if those defects substantially impair its use, value or performance. Further, the manufacturer must have had at least three opportunities to repair those defects, OR the defects in question must have caused the vehicle to be out of service for a total of 30 days or more. There is some confusing language in Tennessee’s Lemon Law which might make it sound as though the problems could arise any time during the term of the manufacturer’s original warranty, but for the most part, our Lemon Law only applies to issues which arise during the first year after purchase. Click here to visit the Tennessee Department of Commerce web page which provides more detail about the Lemon Law.

If you believe that you may have a valid Lemon Law complaint, the first place to look is in the owner’s manual that came with your vehicle; probably in the section that discusses warranties. There will be several paragraphs that tell you exactly what to do. Before anything else can happen you must first write a letter to the exact address shown there in the owner’s manual. Your letter to the manufacturer should describe the problem(s) in detail, including the names of the dealerships that know about the problems, the dates of any repair attempts and/or visits to dealerships, and the number of days that the vehicle was out of service. Your letter should also include copies of any relevant invoices, work orders, receipts, estimates, etc. that have anything to do with the problem. (Send copies only. Keep your originals in a safe place.) 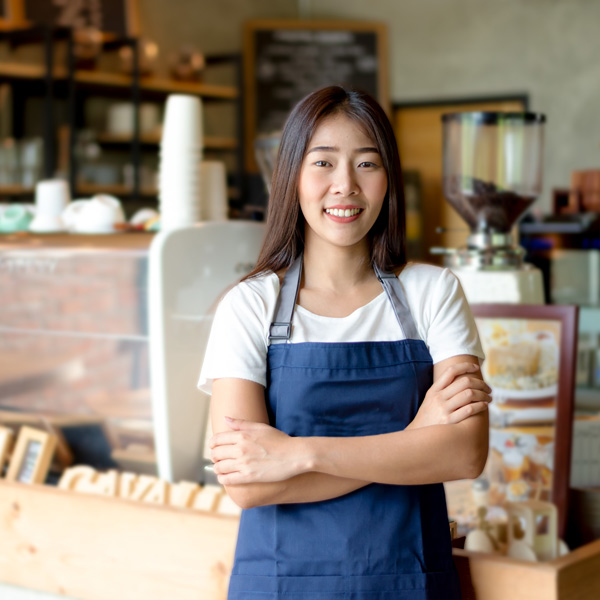 Send the letter by certified mail; return receipt requested. Make sure the date is on the letter, and keep a complete copy of the letter and any enclosures. Take the letter to the post office to be sure that it is properly certified, and keep your postal receipt. When the green card comes back in the mail, staple or clip it to your copy of the letter. You should also send a copy of that letter to the nearest chapter of the Better Business Bureau. In Memphis and nearby counties that is the Better Business Bureau of the Midsouth, but anyone in Tennessee can start by following this link.

If all of this is done properly, then an arbitrator will be assigned to your case. You and the manufacturer’s representative will meet with the arbitrator, and you will have the opportunity to make your case at no cost to you. This is a somewhat unusual form of arbitration, called “conditionally binding arbitration.” This means that if the consumer is satisfied with the arbitrator’s decision, then he or she can accept that decision and there’s nothing that the manufacturer can do about it. But if the consumer is not satisfied with the decision of the arbitrator, then he or she can take it to the next level by filing a lawsuit under the Lemon Law. It is critical to understand that if you file a lawsuit under the Lemon Law before going through the arbitration process the manufacturer can have the lawsuit dismissed on that basis alone.

In other words, you have a lot of reasons to go through the Lemon Law arbitration process, but you only get one chance to do it right. As noted above, you can file a lawsuit if you don’t like the results of the arbitration, but the arbitration is free and relatively quick, especially compared to the lawsuit process. Do yourself a favor by making every effort to make the arbitration process work for you. Also, understand that the manufacturer will send a professional witness to the arbitration. It will usually be someone who has done this many times before. Don’t let that intimidate you, but at the same time be aware that they will know exactly what they are doing, and they may have even dealt with your arbitrator before.

The Mistakes That People Make

During my years as a volunteer Lemon Law arbitrator for the Better Business Bureau, the most common mistakes that I saw people make had to do with procedure. Some consumers would bring the Lemon Law action too soon before they had given the manufacturer three chances at making the repair, or before the car had been out of service for at least 30 days. Sometimes they would try to save a few dollars by using regular mail instead of certified mail. There have even been times when a consumer would actually pay the full price for certified mail and otherwise follow the correct procedure, but they would mail it from home or work instead of taking it to the post office to get the clerk’s stamp. These steps are relatively simple and inexpensive, but they are absolutely critical to putting yourself into the proper legal posture. Don’t take shortcuts. Read the rules and touch every base. It is not necessary to hire an attorney to help you with this part of the process, but it can’t hurt, and if you win the arbitrator has the option of making the manufacturer reimburse you for some or all of those fees.

The next most common mistake that consumers made was failing to provide sufficient proof to the arbitrator. They will tell you that the rules of evidence do not apply, that there is no requirement to bring witnesses or to provide documents to the arbitrator and that most of the repair invoices will be provided by the manufacturer. All of that is true, but the fact of the matter is that most (all?) of these arbitrators are licensed, attorneys. Both by training and by their very nature, most attorneys are not comfortable with hearsay evidence or with incomplete documentation. We simply can’t get over the need for complete, reliable proof, which has been deeply ingrained into our minds. Again, this does not mean that you need to hire an attorney for the arbitration, and it doesn’t even mean that you have to drag in every single person who might know anything at all about the situation with your car.

But if there are people who have experienced your problem, bring at least one of those people with you to testify, ESPECIALLY if the manufacturer denies that the problem exists, If someone can’t make it to the hearing, the next best thing is to have them sign an affidavit spelling out who they are and what they know. If possible, have the affidavit notarized. If that can’t be done, then just have them type it up and sign it, or write the story out in their own handwriting. Even an unsigned email from a witness is better than pure hearsay testimony from the consumer. Bring copies of all of your own repair records, just in case the manufacturer overlooks something.

Sometimes the consumer will complain about a problem, but the dealership won’t include that in the work order because they were previously unable to recreate the problem in the shop. As long as you can show that you took the car to the dealership at all during the time frame in question, the arbitrator will probably take your word for it that you complained about something that is not on the work order. The same thing applies to prove that the vehicle was out of service for more than 30 days, or that the problem rises to the level of “substantial impairment.” Your word by itself may be good, but only up to a point, especially if the manufacturer denies that a problem exists, or that the problem is substantial.

Build your case on the front end. Do not expect the arbitrator to do that for you. Make it easy for the arbitrator to see things your way, and give them every opportunity to understand what the problem is and how it affects you personally. In most cases, the only time and energy that the arbitrator will put into your case is: (A) there at the conference table; (B) during the test drive; and (C) while he or she is writing up their decision. They do not have access to any information before your hearing begins, and after their decision has been submitted, that is probably the last time your case will ever cross their mind.

Again, as long as you go through this process, in the end, you have the option of accepting the arbitrator’s decision or filing a lawsuit against the manufacturer. Nothing that happened in the arbitration process can be brought up in court. The arbitrator cannot be called as a witness, and you can’t use the arbitrator’s report as evidence. But you can learn from the process, and even if you made a mistake during the arbitration, such as failing to bring a witness or leaving a certain document at home, you still have the right to
correct that mistake at trial. If you file suit and win, the manufacturer can be made to pay your costs and attorney fees, in addition to whatever remedy the court awards you as to the car itself, which could range anywhere from repairing a defect all the way up to replacing the car or making the manufacturer pay you some amount of money. However, most lawyers will still expect to be paid for their services, so don’t assume that any but the most inexperienced attorney will accept a Lemon Law case on contingency.

Financial Trouble? We Can Help!

Call Now
Back to the top